Read our article in the June issue of Transport Operator 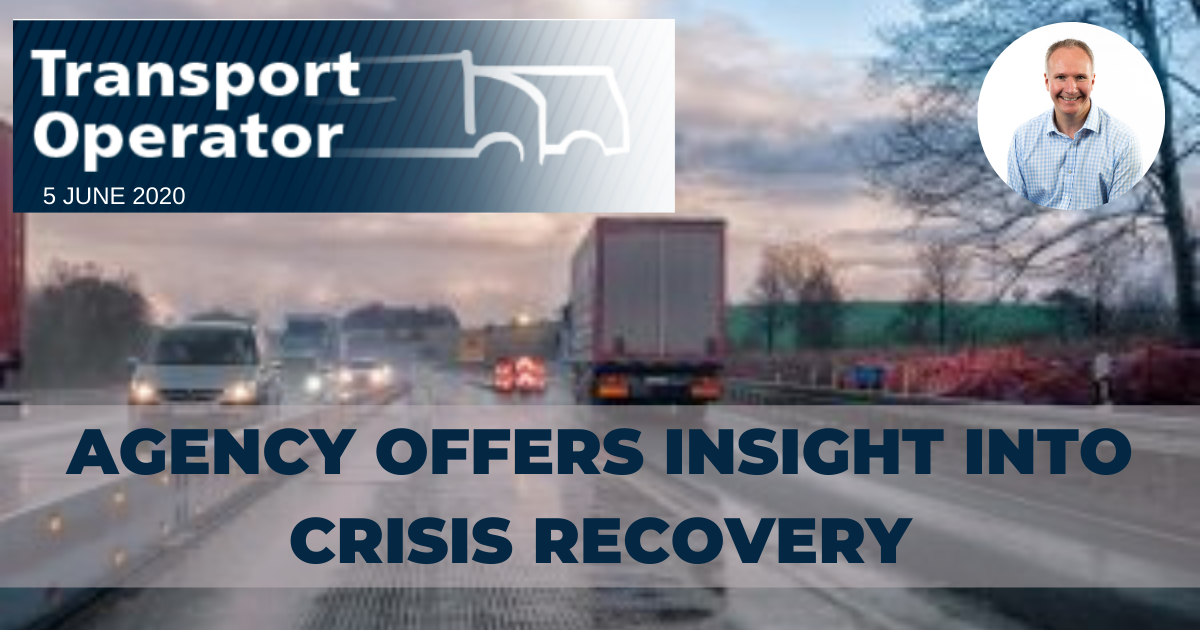 The UK transport industry is likely to see a steep and rapid but only partial recovery this year, followed by a slower return to normal levels of business, according to Kieran Smith, chief executive officer of agency Driver Require.

During this recovery period, cash-hungry hauliers must be wary of saddling themselves with bad debt by extending credit to customers who are themselves of fragile financial standing.

In a three-part report, The Impact of Covid-19 on the UK Haulage Sector, Smith argues that it took eight years for UK employment to recover from the recession of 2008, and that was after a decline of ‘only’ six per cent in gross domestic product (GDP).

It took until 2015 for unemployment to recover to pre-recession levels, while wages adjusted for inflation had only just reached 2007 levels by the time the coronavirus crisis broke. Productivity, in terms of output per hour, has never recovered from the 2008 recession.

In the transport and logistics sector, employment declined by 13 per cent in 2009, and only began to recover in 2012. Within that sector, the numbers of drivers employed was slower to decline and recover. Smith suggests that employers were reluctant to make valued drivers redundant, and then found it difficult to recruit replacements.

It took around eight years for employment in the transport sector to recover, although GDP recovered in just five years. GDP is projected to fall by between seven and 11 per cent this year, the report points out, making the current crisis far more serious than the 2008 crash.

On a positive note, the report suggests that shortages and shortcomings exposed by the crisis have raised the status of haulage and delivery drivers alongside that of other ‘key workers’. But the impact on the industry as a whole has been polarised, with those in grocery sector very busy while other sectors such as construction, catering and manufacturing at almost a standstill.

Agencies have been able to help, by transferring drivers over to the busiest sectors. Nevertheless, about half the national fleet has been parked up.

Even in March, over half of transport and logistics companies were furloughing staff, and the situation in April was likely to have been worse. The total numbers employed in the sector are calculated as having fallen by 35 per cent.

While the government’s furloughing scheme has helped companies retain employees, the report questions the ability of some already highlyindebted hauliers working on narrow margins to be able to access additional credit while standing costs burn through their cash reserves. Hauliers still working will also be impacted by a dearth of ‘backhaul’ loads.

Smith cautions that the industry must stand ready for a staged resumption, meaning that sectors such as manufacturing may return to ‘normal’ ahead of others such as catering, causing disproportionate impacts on specialist transporters. Again, agencies will facilitate the transfer of suitable workers to the busiest sectors.

Smith estimates a return to pre-crisis levels of GDP by mid 2024, giving a three-anda- half year recovery period. General employment will again lag behind, and not reach precrisis levels until 2026. In transport and logistics, there is an estimated 50 per cent fall in the number of drivers employed, and recovery here will lag general employment by three to six months.

The report concludes that a 10 per cent drop in LGV driver employment, equating to around 30,000 driver positions, is to be expected for several years following the crisis, as the global economy recovers. This could partially offset the UK’s perceived pre-crisis shortage of around 50,000 LGV drivers.

In the meantime, it warns: “The most important thing for every business is to maintain gross income while conserving cash so as to remain as robust as possible in the face of the ups and downs you will encounter over the coming months and possibly years. Beware of being lured into trading with high-risk clients who offer extended payment terms.

“Remember that while on paper you may believe you are making a profit, if your clients go under you will be saddled with a debt and a consequent cash flow shortfall of 5 to 10 times the profit you thought you had made. There are many decent companies that have gone into administration for this reason.”

The report can be downloaded here.