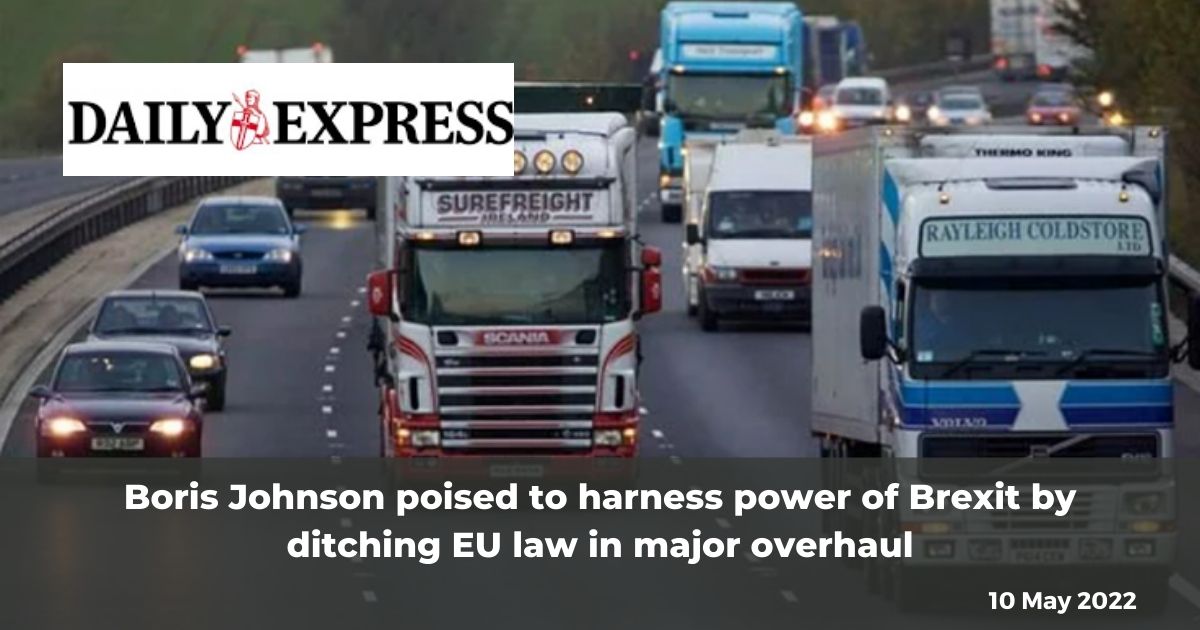 THE GOVERNMENT is poised to scrap a restrictive EU rule on heavy-goods vehicles (HGV) licenses in as it seeks to harness the powers of Brexit to tackle the supply chain problem facing the nation.

Under plans being drawn up, the Government will seek to drop EU rules on newly-qualified drivers operating HGVs. If the bill is successful, teenagers who have recently passed their driving licence exam will be able to apply to operate lorries, large vans and minibuses. The UK has endured a shortage of delivery drivers post-Brexit, but some in Government hope that ditching EU rules that limit the types of vehicles newly-qualified drivers can operate could help. However, Whitehall officials are reportedly concerned that road safety campaigners could oppose the plan. Britain has a shortage of 100,000 lorry drivers, according to recent estimates, affecting the delivery of food, fuel and other items over the past year.

Many blame the massive shortage of drivers on older truckers retiring during the COVID-19 pandemic and on European drivers not returning to the UK after Brexit.

Work and Pensions Secretary Therese Coffey is among those supporting the plan to allow newly-qualified drivers to take on driving roles.

She also revealed that the Department for Transport was looking at making the change as part of the Brexit “freedoms bill”.

As reported by The Times, Supermarket leaders are said to have responded positively to the plan.

They are hoping it will enable them to hire more drivers without the need for additional tests.

Edmund King, president of the AA, said of the proposals: “Reinstating the licence rights previously held by drivers before 1997 is certainly the fastest and easiest way the government can try to address the van and lorry driver shortage.

“However, reputable businesses will know that handing over the keys of a seven-tonne lorry to a newly qualified driver is not as simple as it sounds. Significant and meaningful training will still be required to ensure road safety standards don’t fall.

“Small trucks are fitted with more safety equipment than ever before, making them simpler to drive compared to those from 25 years ago, but driving one is still a big responsibility and safety shouldn’t be compromised.”

Road deaths in the UK have fallen significantly in recent decades, which experts say is mainly due to tougher rules and regulations..

The legislation, which is being drawn up by Jacob Rees-Mogg, the Minister for Brexit Opportunities, proposes to ditch up to £1billion of red tape.

In September last year, Transport Secretary Grant Shapps said that Brexit is not to blame for the current HGV lorry driver crisis.

This attracted backlash from Rod McKenzie, policy director of the Road Haulage Association, who branded the comments “illogical”.

He told i: “What he’s saying is illogical – simply put, it’s illogical. It’s not our experience on the ground.

“We have a desperate shortage of lorry drivers and we need to sort it out. The idea that Brexit has helped us in some way defies logic.”

Read the full article by Charlie Bradley The Express