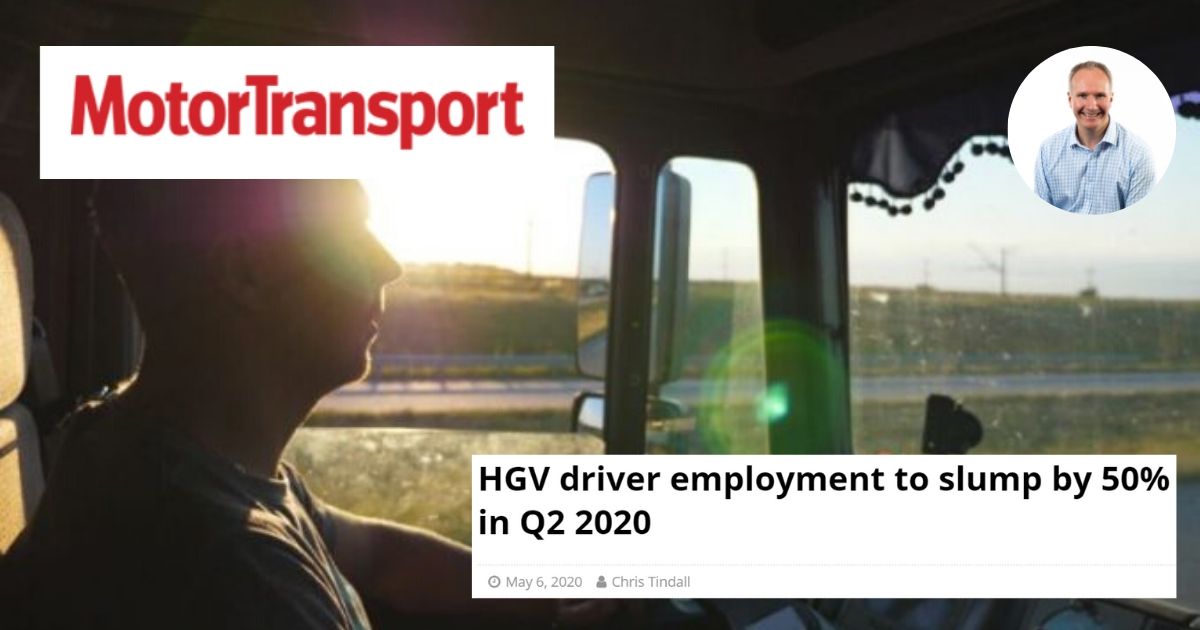 Employment levels in transport and storage will be down by 15% by the end of the year and won’t fully recover until mid-2026, according to projections by Driver Require.

The recruitment firm’s analysis into the impact of COVID-19 suggests that employment growth rates in the sector face a bleaker than average outcome, with a 35% reduction, compared to an assumed 25% drop in all sectors during the lockdown.

The same period is likely to see HGV driver employment plummet by 50%.

It has previously forecast that GDP may not return to pre-pandemic levels until 2025.

However, Driver Require added that it would be the length and scale of the recovery in haulage that will reshape the sector over the coming years.

Relying on data derived from the recession in 2008, Kieran Smith, CEO of Driver Require, said: “We expect recovery of HGV employment numbers to lag three to six months behind the overall transport and storage sector.

Smith said that initially, agency workers will be at a premium but that volume agency contracts will return in-house over time.

He also predicted that supply chains will be restructured to manage risk and just-in-time will become ‘just-in-case’, with strategic reserves built up and storage outsourced to third parties to protect against any future disruption.

“We have felt the positive impact of quieter roads and reduced carbon emissions. This, together with a government keen to launch large infrastructure projects to revitalise the economy, may lead to an acceleration of the decarbonisation of the UK road haulage sector.”