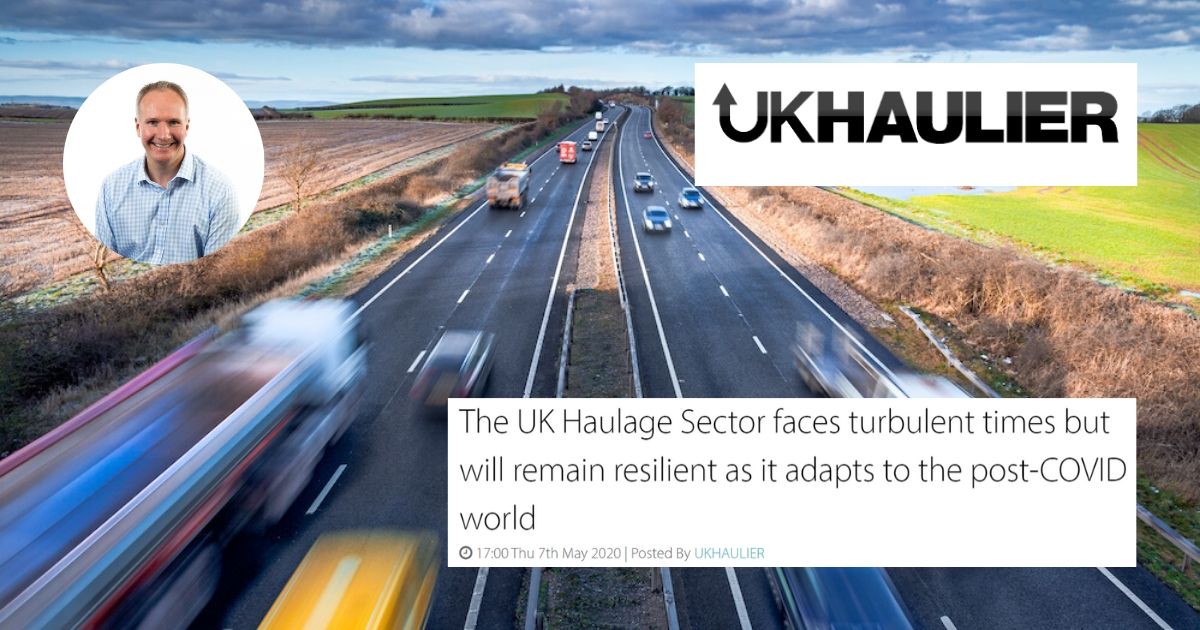 Driver Require has today released the much-anticipated, final instalment of its in-depth analysis into the impact of COVID-19, detailing how the Pandemic will specifically affect the UK haulage sector and LGV driver employment levels as we pass through the crisis, the impending recession and subsequent recovery. The report also goes on to consider fundamental changes within the haulage sector and how, nationally, supply chains will adapt and operate in order to avoid future crises.

In its analysis of the current state of the haulage sector, Driver Require’s report details insights from the FTA and RHA, indicating that just under half of the UK’s truck fleet are currently parked up with no work. An ONS survey of UK businesses in March found that 55% of Transportation and Storage businesses were laying off (furloughing) staff in the short term and 37% were decreasing working hours, and that was only at the beginning of the lock-down.

Kieran Smith, CEO of Driver Require, states in the report: “Our direct experience has been that haulage companies only started to wind down at the end of March, and it was in early April that many took drastic action. This means that we can expect the April numbers to be worse.”

Smith predicts that, when lockdown restrictions are eased, we’ll see an increase in demand for fleet and workers, due to a spike in activity to distribute large stockpiles that have built up through the lockdown. He warns that it’s not until this falls off to “business as usual” that we’ll discover the real structural impact of the crisis.

He continues to explain the impact this has on LGV driver employment specifically.

“As happened during the 2008 Great Recession, we expect recovery of LGV employment numbers to lag 3 to 6 months behind the overall Transport and Storage sector. LGV employment will continue to rise to around 10% below pre-crisis levels by mid-2021 (equating to around 30,000 driver positions) as manufacturing and construction activity ramps up, then it levels off to rise gradually to achieve pre-crisis levels by the end of 2026.”

Speaking on the impact the COVID-19 crisis could have specifically on their business and other temporary staffing agencies, Smith foresees initial spikes in demand, with agency workers being at a premium as different sectors accelerate at different rates. “Agencies will perform a critical role in providing a flexible workforce to respond dynamically to varying demand for temporary staff as it evolves across the sectors.”

Furthermore, Smith expects many volume agency contracts to be taken back in-house and that agencies will return to focussing on their traditional and essential role of helping their clients cope with variability.

Smith concludes that in the long term we will be living in “a new world” with some potentially fundamental changes to our strategic priorities and the way we work and live.

The report goes on to assert that the UK will need to build greater resilience to international crises and consequent political and economic instability, with companies restructuring their supply chains to manage risk and adding local second-source suppliers. JIT (Just in Time) will become JIC (Just in Case) whereby strategic reserves will be built up and storage will be outsourced to third parties to protect against supply chain disruption caused by international crises.

Read the report in full at UK Haulier